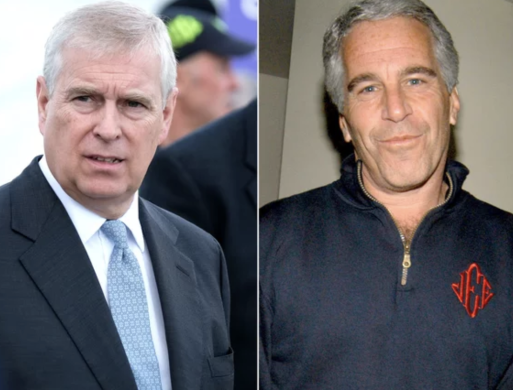 Virginia Giuffre — previously known as Virginia Roberts — this week told the BBC that when she was 17 years old she was trafficked by Epstein and forced to have sex with his friends, including the Duke of York,

In this exclusive extract from the sensational new book EPSTEIN: DEAD MEN TELL NO TALES, former CIA counter-terrorism specialist Philip Giraldi said he also has “little doubt” that Epstein was running an intelligence operation, and that his knowledge helped him escape justice. But who orchestrated the “sweetheart deal” that allowed him to evade justice for masterminding an international child sex ring? The answer lies within.

“Epstein was sort of flying very important people around the world, providing young girls for some of them,” said author Martin Dillon, after conversations with sources in the Mossad. “Building files. It’s how the intelligence services work.”

“They call it the honeytrap,” Dillon said, referring to the time-honored intelligence practice of spies using the lure of sex to entrap targets. “But it’s much more sophisticated than that.”

The honey trap — or “love trap,” as it is sometimes known — has a long and salacious history in American espionage. According to a 1975 Washington Post report, “For years, the Central Intelligence Agency operated love traps in New York and San Francisco, where foreign diplomats were lured by prostitutes in the pay of the CIA.”

“Through hidden one-way mirrors, CIA agents filmed the sexual adventures and later tried to blackmail the victims into becoming informants.”

The article noted, “The CIA possibly got the idea from the Russians, who have long used sex blackmail to entrap Westerners into spying for them.”

CIA reps told the Washington Post reporters that they “had never heard of this.” But for Epstein, the playbook was already written.

“If you’re an intelligence community, and you have someone like Epstein, who’s kind of a celebrity, who can attract celebrities, who can be in part of conversations about world events about the most secret things. If you could put people like Clinton on his planes and you can put Ehud Barak, a former Prime Minister of Israel and a former general, then he is a guy who really matters to you,” Dillon continued.

“If he is going to be your friend, he is going to work for you. He is going to be an asset for you. Look what he can do. He can give you information on all those politicians; on their private behavior, their peccadilloes, all these things are important to intelligence communities.”

Former CIA counter-terrorism specialist Philip Giraldi said he also has “little doubt” that Epstein was running an intelligence operation, and that his knowledge helped him escape justice.

“There is no other viable explanation for his filming of prominent politicians and celebrities having sex with young girls,” Giraldi wrote in the American Herald Tribune in August 2019. “Epstein clearly had contact with former Israeli Prime Minister Shimon Peres and Ehud Barak and [Epstein’s client Leslie] Wexner also had close ties to Israel and its government.”

In addition to flying on the Lolita Express, former Israeli Prime Minister Ehud Barak also visited Epstein at his Manhattan home. In January 2016, he was photographed entering the property, followed by four young women soon after.

“I was there, for lunch or chat, nothing else. So what?” said Barak in a statement when the visit was reported. “I never attended a party with him. I never met Epstein in the company of women or young girls.” He also admitted to having visited Little St. James, but said he did not attend any parties or see any young girls there either.

According to Giraldi, former Palm Beach County State Attorney Barry Krischer also may have been responsible for swaying Acosta in 2008, behind-the-scenes. Krischer had won the prestigious Anti-Defamation League (ADL) Award ten years before. (The ADL is a US-based Jewish organization with a long history of domestic spying allegations.)

“The Jewish state regularly tops the list for ostensibly friendlycountries that aggressively conduct espionage against the U.S.,” Giraldi claimed. “Mossad would have exploited Epstein’s contacts… Those blackmailed would undoubtedly in most cases cooperate with the foreign government involved to avoid a major scandal.”

Fallen into the hands of the American justice system in Florida, he could have provided information far more explosive than whatever was happening at Bear Stearns.

Indeed, Epstein’s attorney Kenneth Starr at one point went over Acosta’s head to Republican appointees at the Department of Justice, demanding that they drop the case. The Attorney General in 2008, who likely would have received the request, was Michael Mukasey — an Orthodox Jew with such deep ties to Israel, he has been accused of having dual citizenship.

In retrospect, it’s clear that Epstein’s blackmail files were at the heart of his epic sweetheart deal. It wasn’t just the contents of those files that his friends and enemies wanted kept quiet, however. It was the fact that the deal itself that seemed most dangerous.

“EPSTEIN: DEAD MEN TELL NO TALES” by DYLAN HOWARD, MELISSA CRONON & JAMES ROBERTSON is available for purchase at all good book stores along with Amazon and Barnes & Noble.

Described by AdWeek as “the king of Hollywood scoops,” Dylan Howard is an investigative journalist, author and producer with unprecedented access to the facts.