Posted on June 28, 2016 | Leave a comment
Who is benefiting from suppressing scientific research? Whose power and wealth is threatened by access to clean and free energy? Who has the desire to create a system where so few have so much, and so many have so little? 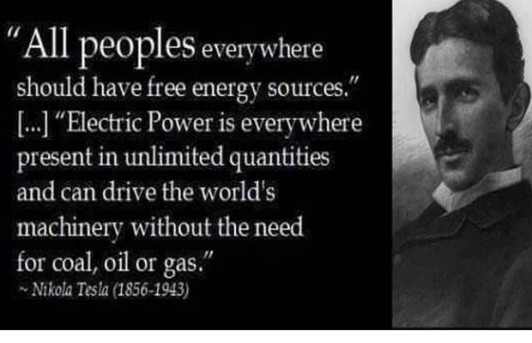 Islam, by law, is prohibited from US immigration By Bill Wilson of The Daily Jot

Islam, by law, is prohibited from US immigration

The Immigration and Nationality Act passed June 27, 1952 revised the laws relating to immigration, naturalization, and nationality for the United States. That act, which became Public Law 414, established both the law and the intent of Congress regarding the immigration of Aliens to the US and remains in effect today. Among the many issues it covers, one in particular, found in Chapter 2 Section 212, is the prohibition of entry to the US if the Alien belongs to an organization seeking to overthrow the government of the United States by “force, violence, or other unconstitutional means.” This, by its very definition, rules out Islamic immigration to the United States, but this law is being ignored by the White House.

Islamic immigration to the US would be prohibited under this law because the Koran, Sharia Law and the Hadith all require complete submission to Islam, which is antithetical to the US government, the Constitution, and to the Republic. All Muslims who attest that the Koran is their life’s guiding principal subscribe to submission to Islam and its form of government. Now the political correct crowd would say that Islamists cannot be prohibited from entering the US because Islam is a religion. Whether it is a religion is immaterial because the law states that Aliens who are affiliated with any “organization” that advocates the overthrow of our government are prohibited. It also prohibits those who distribute literature that advocates the overthrow of our country, which would include the Koran.

In fact, there are many verses in the Koran that command Islamists to kill those who do not submit to allah and the prophet. If Congress so desired to hold the White House accountable to the current immigration of refugees (which also must comply with the law), it has the Immigration and Nationality Act to cite. The Administration is breaking that law. The question is “does Congress have the political will to do something about it?” Or shall we be a nation like that in Isaiah 59:14 where, “justice is turned back, and righteousness stands afar off: for truth is fallen in the street, and equity cannot enter.” I think you know the answer, at least for now. But there are a handful of Congressmen who are studying this. Pray.

Have a Blessed and Powerful Day!

Does Government Protect Your Feelings?

Horray, “THEY” finally found the culprit

Obama Ignores D-Day, Does this Instead

On June 6, 2016, the 72nd anniversary of the Normandy Invasion, no statement was issued by the White House. Not only did Obama not issue a statement about the most significant accomplishment that turned the tide of the war, he found the time to recognize the Denver Broncos for their recent Super Bowl win, talk about “peaceful Muslims” and HIV/AIDs awareness.

He met with the Broncos team members and owners and said, “Let’s give it up for the Super Bowl Champion Denver Broncos,” he said to applause. “We have some big Broncos fans in the house, including Mayor Hancock from the great city of Denver, outstanding members of Congress, the delegation.”

Obama also released a statement about the Muslim holiday of Ramadan: issuing “best wishes” to Muslims in America and around the world. He said:

“For many, this month is an opportunity to focus on reflection and spiritual growth, forgiveness, patience and resilience, compassion for those less fortunate, and unity across communities. Each lesson is profound on its own, and taken together forms a harmonious whole. It’s also a time of year that brings some of the best dishes to the table across the world as families and neighbors gather for iftar.”

“Here in the United States, we are blessed with Muslim communities as diverse as our nation itself. There are those whose heritage can be traced back to the very beginning of our nation, as well as those who have only just arrived. Doctors, lawyers, artists, teachers, scientists, community organizers, public servants, and military members, each night will all break their fasts together in cities across America.”

And, he also issued a statement recognizing the 35th anniversary of HIV and AIDS in America. And, of course praised Obamacare, making the false claim that it, “resulted in millions of individuals gaining affordable, high-quality health coverage – all without denial for pre-existing conditions like HIV.”

The 400,000 Americans who died in World War II were not remembered. They were ignored. As were the more than 156,000 military forces who landed on five French beaches under heavy artillery fire to successfully undertake the largest amphibious military assault in history.

Obama Ignores D-Day, Does this Instead

Word for word from the Cornell Law Library

Posted on June 3, 2016 | Leave a comment
Former United States Attorney General Michael Mukasey tells MSNBC that not only is Hillary Clinton’s private email server illegal, it “disqualifies” her from holding any federal office.
Such as, say, President of the United States. Very specifically points to one federal law, Title 18. Section 2071.

For those of us who do not have United States Code committed to memory, here’s what it says:

The media won’t tell them. So it’s up to us. Can you help hold Hillary accountable?  Pass this on, please.