SUBSCRIBED
JUST IN: Barr calls Obama’s DOJ/FBI a FRAUD as Chris Wray continues to hide evidence of FBI crimes in 2 shocking interviews this week. Yesterday, Bill Barr gave a rather informal & impromptu interview regarding the status of the Durham investigation. Never before has Attorney General Bill Barr used such strong language calling the Obama Administration’s DOJ & FBI a “total fraud.” This is especially true in regards to the highly illegal & treasonous Crossfire Hurricane investigation of General Mike Flynn & president Donald Trump where recent uncovered communiques prove that Barack Obama & Joe Biden were fully aware and authorized the fraudulent and phony investigation from its inception in the summer of 2016, In the latest interview with FBI Director Chris Wray, as usual, appears uncomfortable, & non-transparent – dodging questions and trying to obfuscate his MO. It has become all too obvious now that Wray is content to continue hiding evidence and records of Obama & Biden’s full knowledge and authorization of the seditious, treasonous and highly illegal scheme to remove a duly elected US President from office. This has to be the MOST CORRUPT FBI Director in US history given the gravity of the situation. Wray’s duplicity even surpasses that of his Mentors Mueller & Comey as he knows the damage his corruption cover up has caused & continues to cause the entire nation for the past 3 years of his tenure. Notwithstanding, it was encouraging to hear Barr’s strongest and most candid language to date which portend something BIG is coming out of the Durham investigation. No doubt the Chines COVID virus pandemic has delayed grand juries from being convened. Lets hope that such delays do not mean denial of justice for this President, General Mike Flynn and th American people. SUPPORT INSPONEWS: Patreon https://www.patreon.com/insponews PayPal https://www.paypal.com/cgi-bin/webscr… Federico Cardella CONTACT: To MAIL a donation please make Check payable to: InspoNews # 183 2575 S HWY 1792 Casselberry Fl. 32707 InspoNews Office Tel: 1-407-961-9480 Subscribe to our channel and don’t forget to RING THE BELL God’s blessings & liberty to all. Federico Cardella

In Less Than 5 Months! Freedoms Violated!

Posted on July 3, 2020 | Leave a comment
Forwarded commentary:
In less than 5 months, our government has successfully divided the country into “obedient mask wearers” versus “selfish people that refuse to wear masks”
“It’s just a mask, you guys”. It’s for “the greater good”!
Where have we heard this phrase before?
In less than 5 months, our government has dictated what events are acceptable versus unacceptable to attend. Riots are OK, family funerals are not. Standing in a graduation line is a “safety hazard”, but feel free to line up at WalMart, Lowes, and Home Depot.
But it’s “just a mask” & “safety precautions”, you guys.
In less than 5 months, our government successfully facilitated the closing of family-owned businesses while granting authority to large corporations that they have invested interests in.
It’s “just a mask” and “safety precautions” you guys. Oh & here’s a measly $1200 that we stole from you in the first place. Enjoy!
In less than 5 months, our government was able to successfully sway the population into believing that a CASHLESS SOCIETY is a good thing! In the name of a virus.
In less than 5 months, our government closed down public schools, and has “restructured” school moving forward under the guise of “public safety” from a “virus”. These same schools fed children crap per the corrupt USDA food pyramid. But “health” matters when it comes to a government sponsored virus
It’s “just a mask” & “heightened safety precautions”
In less than 5 months, our government demonstrated how easily people assimilate to “guidelines” (that have NO scientific premise whatsoever) when they are fearful.
What was up with all that toilet paper?
It’s “just a mask” & “6 foot social distancing”, you guys. Oh, and toilet paper.
In less than 5 months, our government has successfully instilled fear in a majority of the population in America.
But citizens are not “afraid” of the people in power who are responsible for the removal of their “freedoms”. Instead, they’re fearful of their neighbors and family, human touch, and air.
There are thousands of viruses that *could* affect the population, but these viruses do not matter because MSM didn’t say they do.
It’s absolutely terrifying to me that so many people do not question authority because they see that authority as “all knowing.” It’s even more terrifying that these same people rely on corrupt “leaders” to be led, thus lacking all critical thinking skills/independant thought.
Slaves to the system that keeps them oppressed.
How quickly history is forgotten and repeated!
What’s most problematic to me about all of this is that the people who are wearing masks “for the greater good” will be the first to sign up for this shiny new vaccine that’s had 0 longitudinal safety tests against an inert placebo.
What’s more problematic to me is that this Vaccine MAY be the deciding factor in life moving forward.
You thought a mask was inconvenient? Wait until you’re told that you cannot enter a store without proof of the Covid-19 vaccine. Wait until you cannot go to public events, or travel, without proof of having received this vaccine.
To everyone that doesn’t believe this is possible – do you understand that our government just successfully dictated to people WHEN they were allowed to be outside, where they were allowed to go, and how their children would be educated, in less than 5 months? And that a majority of the population followed blindly because they were told to do so.
You’re kidding yourself if you believe that they’re not going to repeat this behavior with a vaccine.
If people have not protested the occurrences in America over the last 5 months, they will assuredly continue to abide by unsubstantiated “guidelines” that will include a vaccine.
*Copy and share*

White Hat Paladin gives good info. He says that the White Hat teams have to go and do all the accounting for the assets that are to be transformed into cash/digits for the new system. Seems as thought the old “Fake” gold bars are still floating around so this has to be resolved before the new system can begin as well as the accounting of all assets which make up this “Asset-Backed”  launch. So no time on that.

Next, he said Trump wants to get rid of the payroll taxes which means, “No payroll taxes, No IRS,” so stand-by for further info on that. Might be on the news in a few weeks.

Most exciting, he says that a former Joint Chief (General Dunford) and an old Navy guy who is famous in the dinar world, (Bob Locke) have opened up a trust in a Western state (Reno Nevada, Sparks Indian Reservation)  for the RV of currencies. And so he says the currencies are all part of generating this new financial system.

And there you have it…”Proof” that the RV is real and is going to happen!! No time frame, so don’t ask…

Here we go again. The FBI has just arrested Jeffrey Epstein’s friend and alleged procurer Ghislaine Maxwell on charges related to a probe by New York federal prosecutors into his alleged rampant serial sexual abuse of young girls and women. However, will Maxwell also commit suicide? Ghislaine Maxwell is the daughter of Robert Maxwell MC…

Great news from the most prosperous nation on earth 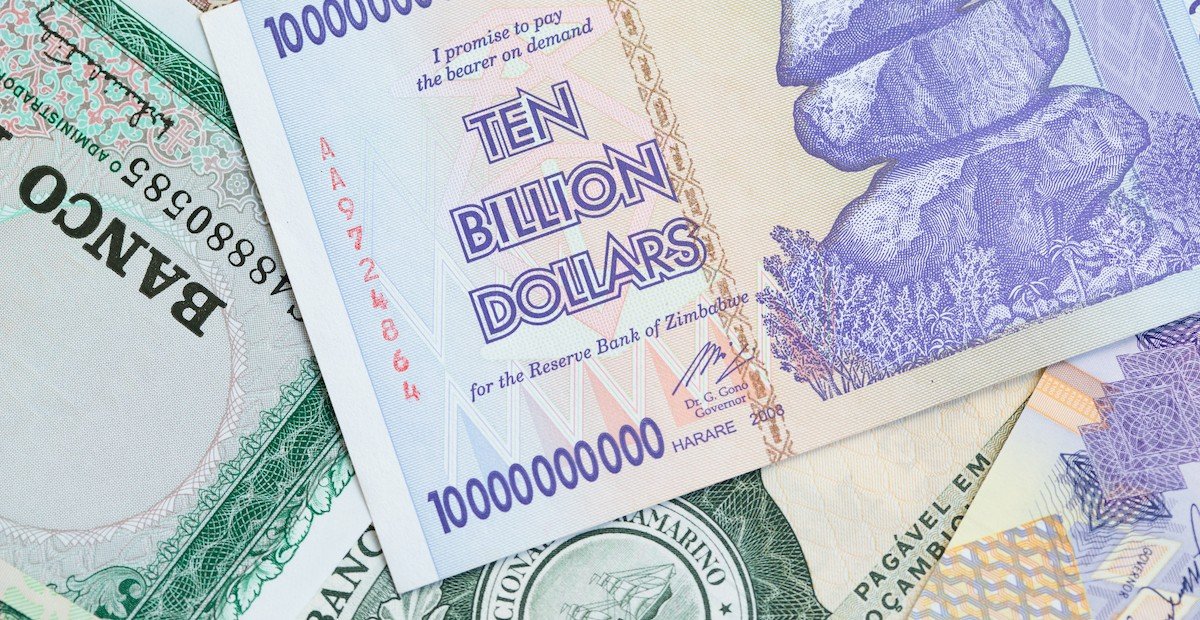 By the mid-1990s, the economy of Zimbabwe was in serious trouble.

And unsurprisingly, this had a disastrous effect on the economy.

Productive citizens and talented entrepreneurs left Zimbabwe in droves– after all, who would want to keep operating under such awful conditions?

So within a few years, everything from food production to mining output to manufacturing had plummeted.

So Mugabe did what most politicians would do in that position: he started printing money.

Obama privately admits Biden BARELY up to job, tells him to cut interviews short — The Most Revolutionary Act

From Attack the System Some hilarious footage of Biden in this, and a great discussion of what a charlatan Obama is. via Obama privately admits Biden BARELY up to job, tells him to cut interviews short — Attack the System

via Obama privately admits Biden BARELY up to job, tells him to cut interviews short — The Most Revolutionary Act